If you are a current print subscriber you can activate your online subscription by entering your account number (1-4 digits) and 5-digit zip code which can be found on your mailing label. 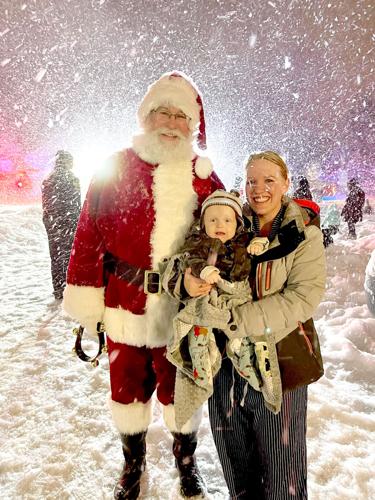 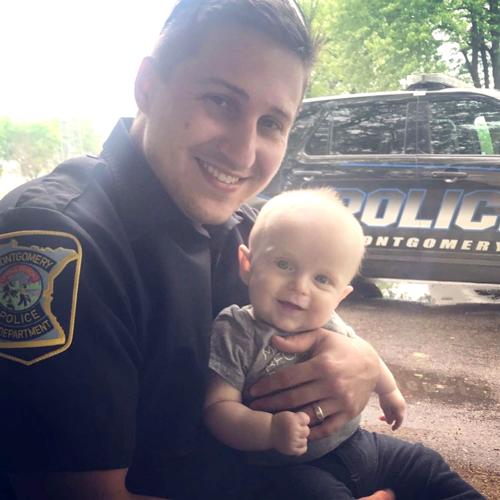 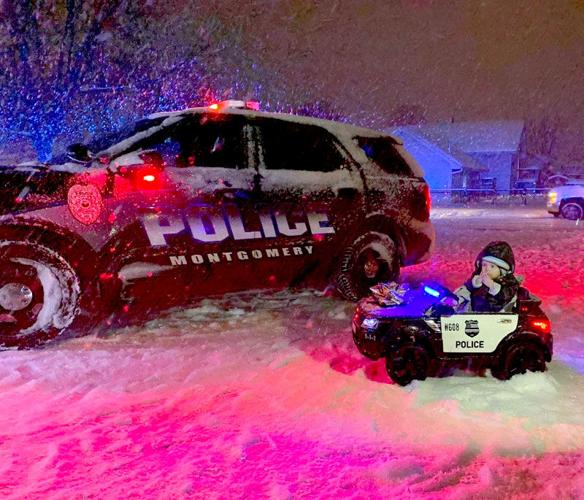 A special gift for Desmond was his own miniature police car, sporting a sticker of his dad’s #608 police badge. The Tupys were treated to a surprise early Christmas visit from Santa Claus and roughly 30 people wanting to share love and goodwill on Friday, Dec. 10

The group gathered in the Jordan High School parking lot before heading over to surprise Annalee and Desmond.

A special gift for Desmond was his own miniature police car, sporting a sticker of his dad’s #608 police badge. The Tupys were treated to a surprise early Christmas visit from Santa Claus and roughly 30 people wanting to share love and goodwill on Friday, Dec. 10

The group gathered in the Jordan High School parking lot before heading over to surprise Annalee and Desmond.

The sun was long set and the Dec. 10 winter storm raged as dozens of people met in the Jordan High School parking lot before making their way to the residence of Annalee Tupy.

Lights from police and fire trucks cut through the night sky, as a group of about 30 people lifted their voices and sang “We Wish You A Merry Christmas” as they closed in on the Tupy house.

Urged by her sister to go check out the commotion outside, Annalee was brought to tears when she saw the parade of police and fire trucks, and dozens of people bearing gifts for her and 15-month-old Desmond.

One gift in particular stood out. A miniature police car, with a Badge #608 sticker on the side, for Desmond. The badge number belonged to Desmond’s father, Montgomery Police Officer Bryan Tupy, who died unexpectedly on July 26, when Desmond was just 9 months old.

The holidays are a time for family to come together, but when a family has suffered a loss, the holidays can feel lonely.

It is a harsh truth that two of this year’s event organizers know all too well. Henderson’s Missy Tousley and Dana Schaefer both suffered the loss of a child in the past couple of years. Two years ago, the Schaefers received a surprise Christmas gift through the Best Christmas Ever program. The following year, Schaefer passed it forward by secretly fundraising to bless Tousley’s family, and this year Tousley also wanted to bless a family.

“The main reason we want to do this is to make sure people realize they are not alone and there is always somebody thinking of them,” Tousley said. “I think that is the biggest gift we can give.”

Tupy was a natural choice, as she and Tousley have been friends for 25 years. In fact, both Annalee and Bryan were part of the group that showed up to bless Tousley’s family last Christmas.

Bryan’s death rippled through the greater community. Between his hometown of New Prague, his new home in Jordan, his police work in Montgomery and his friends in Henderson, his absence left a large void.

And, of course, Santa Claus.

Not even a blizzard that brought forth 16 inches of snow could put a damper on the peace, goodwill and love that the assembled group intended to bestow upon Annalee and Desmond. That effort meant the world to Annalee, who was “shocked and amazed” at the display.

While Tousley said it would be great if there would not be a need to “pass it forward” next year, loss is something that comes to every family in time. But the greatest gift is love, and Henderson residents have that in spades.

“We are so blessed in this community. That is the best thing about Henderson,” Tousley said.

Welcome to the discussion.

Keep it Clean. Please avoid obscene, vulgar, lewd, racist or sexually-oriented language.
PLEASE TURN OFF YOUR CAPS LOCK.
Don't Threaten. Threats of harming another person will not be tolerated.
Be Truthful. Don't knowingly lie about anyone or anything.
Be Nice. No racism, sexism or any sort of -ism that is degrading to another person.
Be Proactive. Use the 'Report' link on each comment to let us know of abusive posts.
Share with Us. We'd love to hear eyewitness accounts, the history behind an article.

We're always interested in hearing about news in our community. Let us know what's going on!

Sorry, there are no recent results for popular images.

Sorry, there are no recent results for popular videos.

Sorry, there are no recent results for popular commented articles.

Success! An email has been sent to with a link to confirm list signup.

Error! There was an error processing your request.